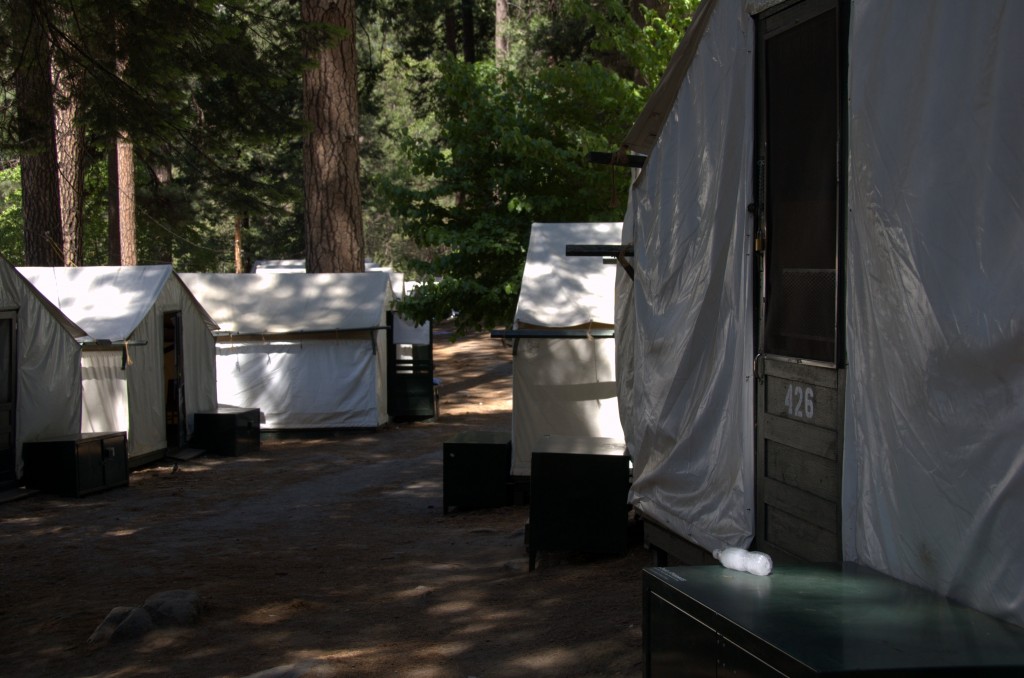 Quiet hours are from 10pm until 7am, which is a good thing.The green boxes in front of the tents are bear lockers. All food, toiletries or anything that smells too much like it might be food needed to be kept in the bear lockers.  We debated putting Cody in there overnight. The third night, the Camp Ranger came by and had us take our empty cooler out of the van and put it in the locker. The bears in Yosemite can identify a cooler in the car and have been known to rip the windows open to get at it.

The last night, a skunk ran under our tent, no bears though.

Be ridiculously happy. Haba na haba, hujaza kibaba.
View all posts by Cassyt →
This entry was posted in 365photos and tagged travel, wildlife. Bookmark the permalink.